You’ve probably heard about Pokémon games by now, regardless of where you live on the planet. Video games are one of the most popular methods for people to experience Pokémon games.

If you’re curious about what these video games are, here’s a list of the 18 Pokémon games in order (Core series) released in chronological order: 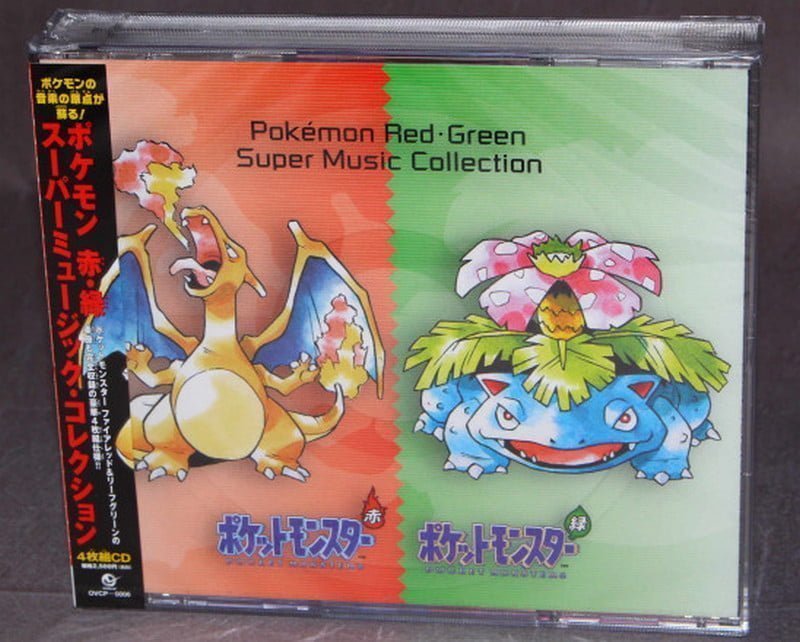 This version of the game was the first in the series, and it remains a favorite among many seasoned players. Another reason to put it at the top of our list is because of this.

Pokémon games Red and Green, which were first only available in Japan, were the catalysts for what would become a worldwide craze. The game incorporated the essential principles of training, collecting and fighting Pokémon, and it debuted with the initial 151 species of Pokémon. The ultimate aim was to conquer the league and complete the Pokédex to become the greatest. 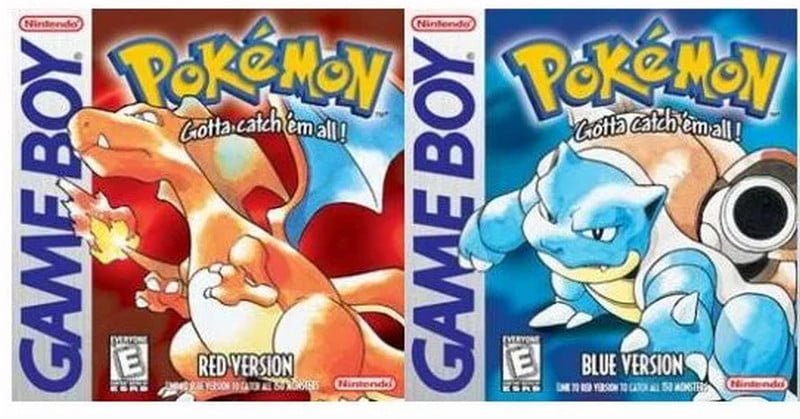 After its initial breakthrough in the United States, it was only a matter of time until Pokémon made its way throughout the globe. Pokémon Red and Blue were improved versions of the first two games. The game’s more refined versions used the same mechanics as the originals.

While the first Japanese release hinted at future success, the 1998 editions demonstrated the franchise’s full potential and the heights it may soar in terms of popularity.

The anime version of the Pokémon series enabled it to reach all corners of the globe as it constructed its worldwide kingdom. After seeing the anime, the number of new players eager to try out the games skyrocketed. It would only be fair to provide them with an equal opportunity.

In most aspects, Pokémon Yellow was similar to the original games in that it featured Pikachu as an on-screen companion that accompanied players around the globe. 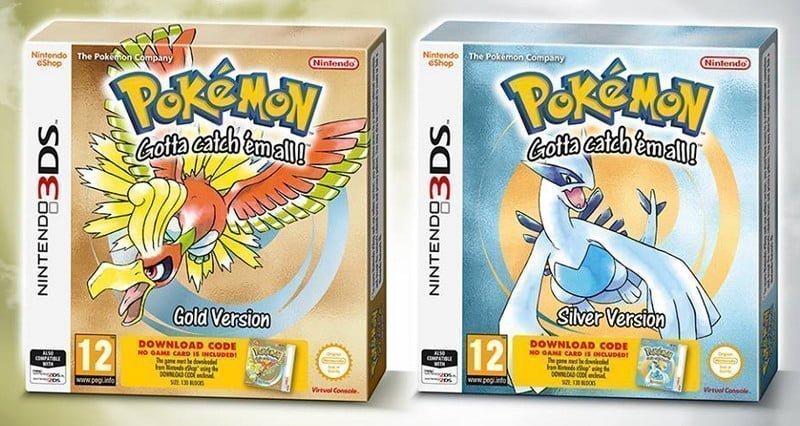 Developers may now take their games to the next level, thanks to new hardware. Nintendo’s Game Boy Color was a game changer since gaming on the move had previously been limited to black and white color palettes.

Along with a new appearance, the game received an extra 100 new Pokémon, dubbed the second generation of Pokémon. Pokémon Gold and Silver significantly boosted replayability by enabling players to return to the Kanto area after finishing the tale to face the eight original Gyms. 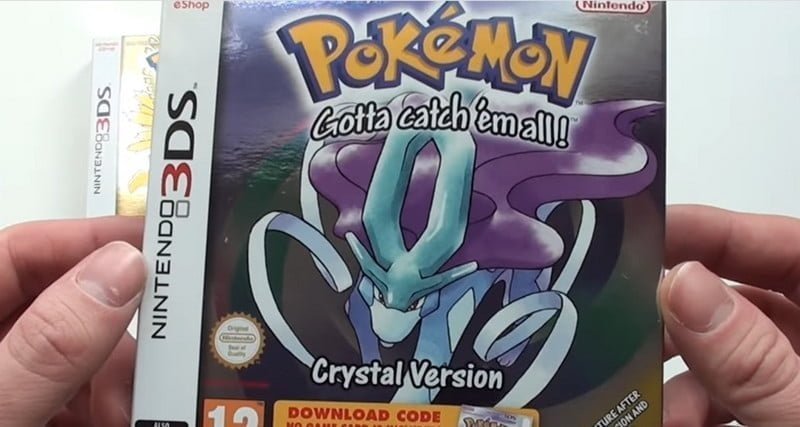 Game Freak began focusing more on offering gamers additional choices to personalize their gaming experience in the early 2000s. Pokémon Crystal was the first game to allow players to choose their gender before beginning their journey. 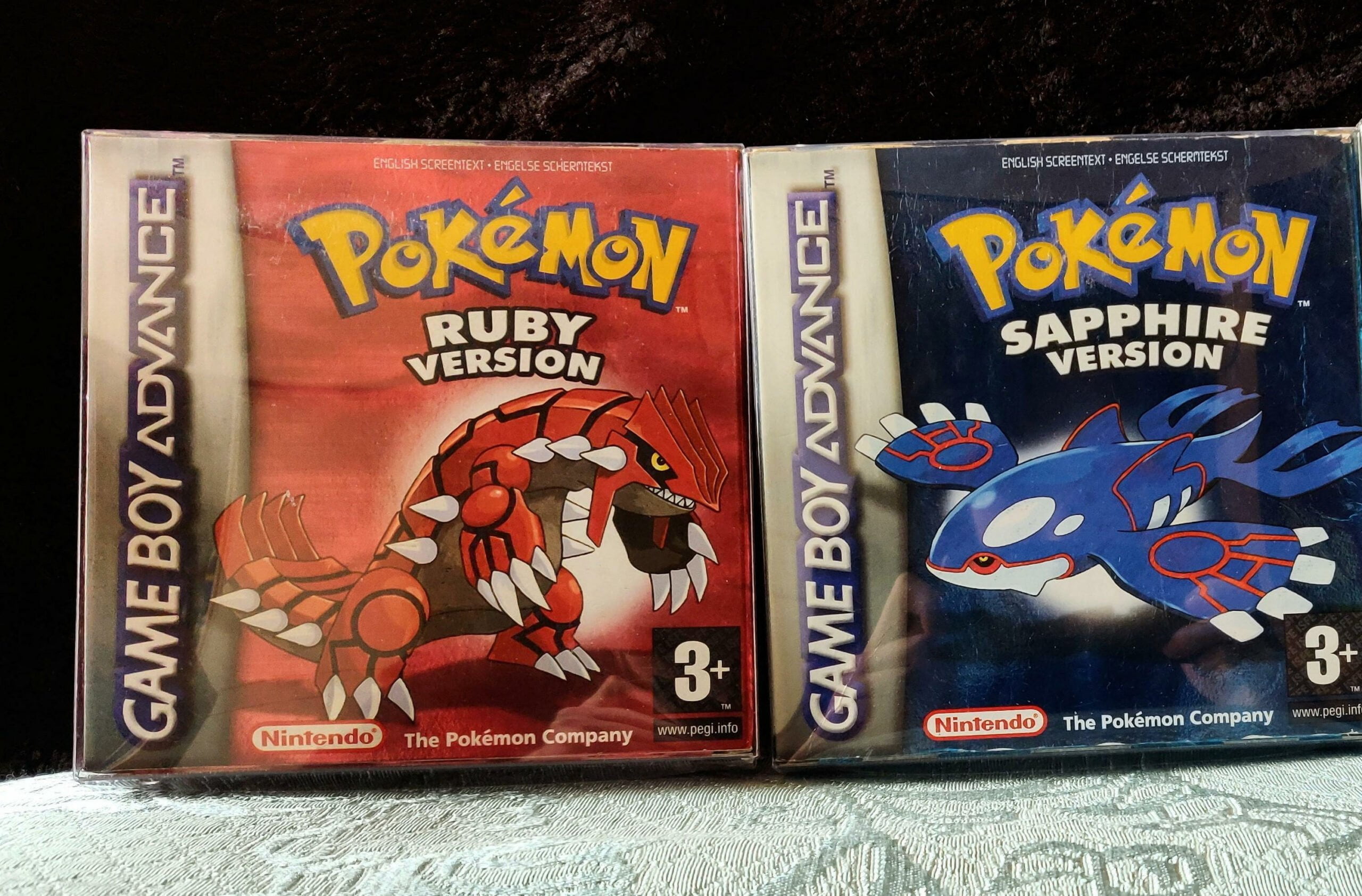 It was long past time for Nintendo to produce a Pokémon game on the Game Boy Advance, and it did so while also introducing a new generation. Pokémon’s third-generation introduced 135 new species to the series.

The terrain was notably more complex, and the addition of two-vs-two combat was a breath of new air for anybody wishing to compete with a buddy to become the greatest. 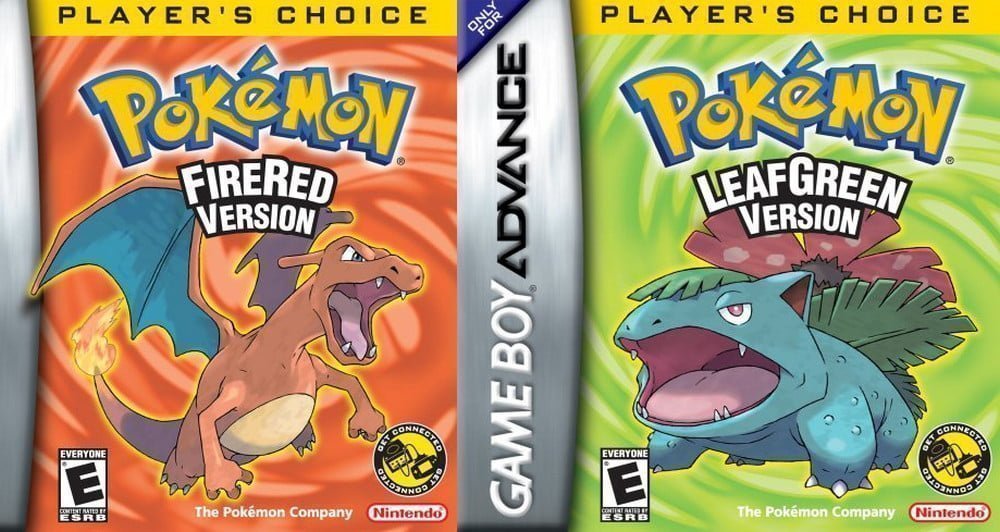 The Pokémon series expanded at a breakneck pace, but individuals still hadn’t played the original games. The initial titles were still in decent condition, although they were beginning to appear a little old-fashioned.

However, Pokémon FireRed and LeafGreen, which are essentially remakes of the initial Pokémon games on the Nintendo Game Boy Advance, came to the rescue. 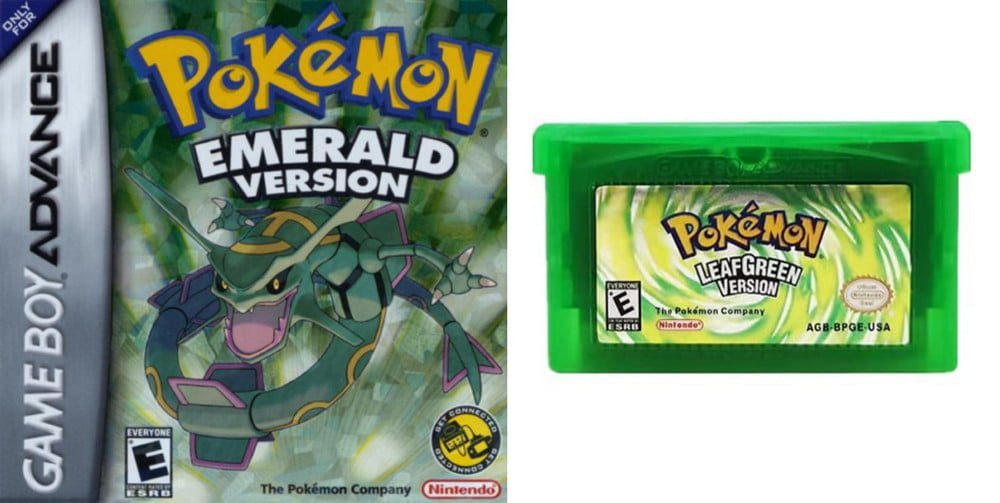 Pokémon Emerald may be thought of as a follow-up to Pokémon Ruby and Sapphire. Emerald improved the gaming experience by adding the Battle Frontier region, where trainees compete for Battle Points against other trainers. These points might be used for in-game prizes. 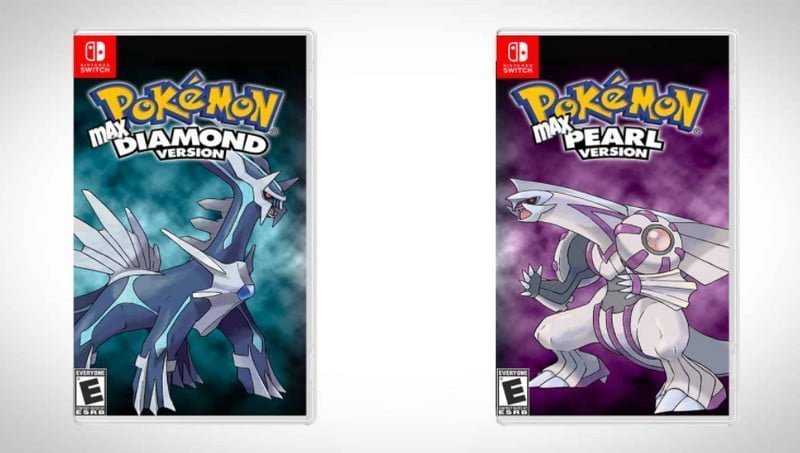 It was finally time for the Pokémon series to make its debut on the Nintendo DS. The dual-screen capabilities of the console slowed down the creation of the new game, but a new generation of Pokémon more than made up for it.

Pokémon Platinum was the sequel to Pokémon Diamond and Pearl. In addition to the more polished gameplay components, the game welcomed players’ return to Sinnoh in another reality. The most noticeable alterations were the various variants of existing legendaries and Giratina, a new legendary Pokémon. 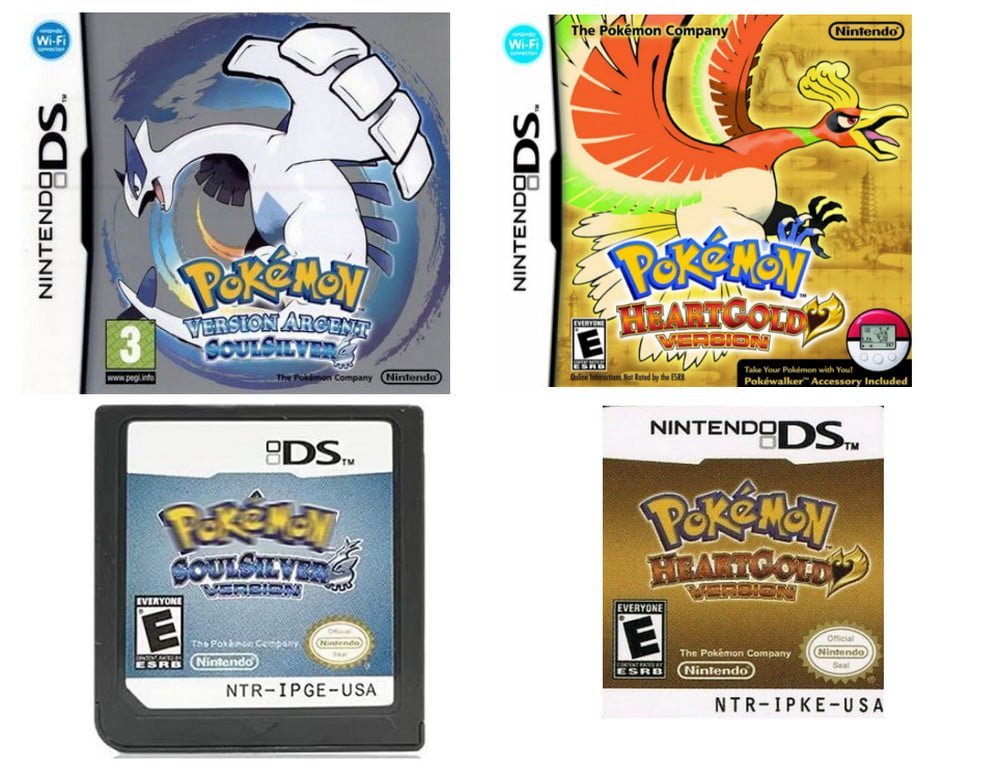 Pokémon HeartGold and SoulSilver were remakes of the classic Gold and Silver games released in 2010. The first remake in the franchise was a huge hit. It was a nice welcome present for the series’ late adopters, and there was no need to cease doing it.

The most noticeable feature of the remake was the ability for players to pick which Pokémon would follow them around the map. The plot contained several elements from Pokémon Crystal, which added to the entire gameplay experience. 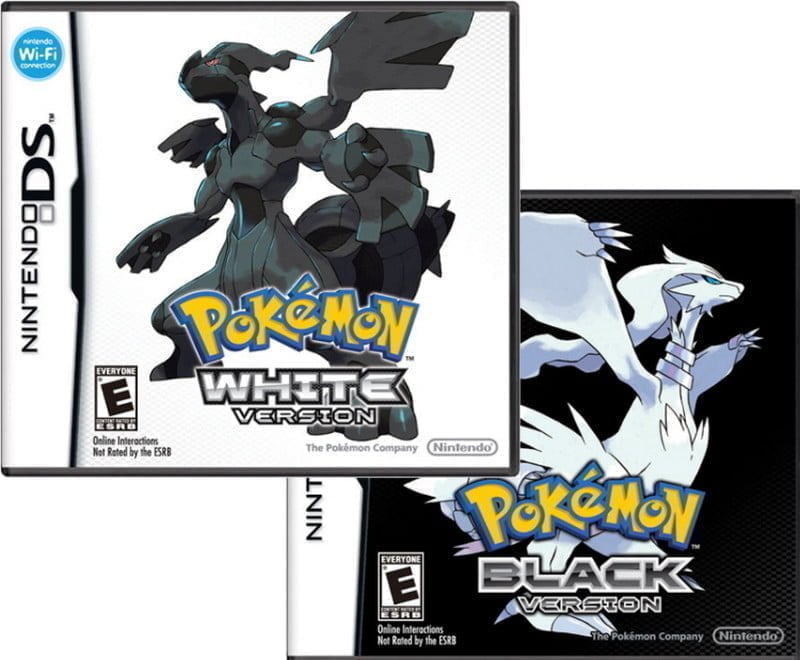 Although this wasn’t a console update, it was about time for another generation to be released. The fifth generation of Pokémon introduced 156 new Pokémon to the Pokédex and the Unova area.

New fight types, such as Triple Battle and Rotation, added variety to the series’ basic gameplay. 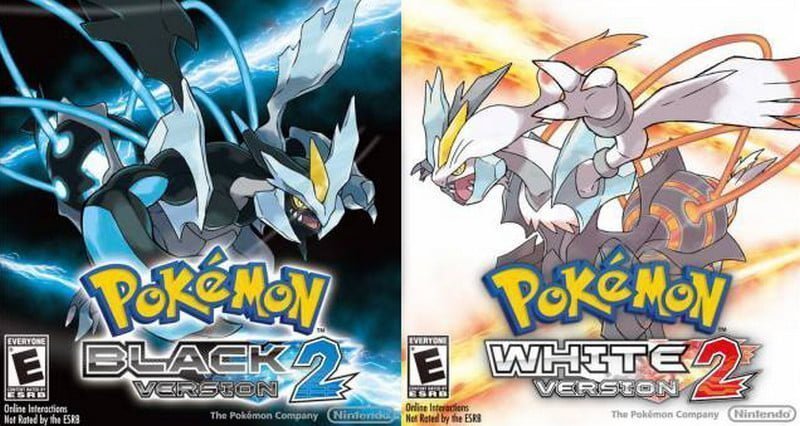 The game transports players back to the Unova region two years after the events of the original Black and White games.

Pokémon X and Y were also the first games to offer entirely 3D settings, and the advent of Mega Evolutions was an excellent bonus for trainers who had mastered the Pokédex.

The introduction of new generations and gameplay did not deter Game Freak from creating remakes, and the remake cycle grew with the release of Pokémon Omega Ruby and Alpha Sapphire.

In addition to the improved visuals, Pokémon Omega Ruby and Alpha Sapphire only included fighting and trade, enabling players to appreciate the original game fully.

Pokémon Sun and Moon, which debuted with 81 new Pokémon species, also updated the narrative line’s critical qualities of the Pokémon games. Players had become used to beating all eight Gyms before facing the Elite Four, but that changed with Pokémon Sun and Moon.

According to the game’s plot, players must undergo trials to confront an island’s Kahuna. Even though the narrative was reasonably identical to the original, the modification was contentious at the time.

Only a year after the debut of Pokémon Sun and Moon, a sequel was released. A fresh plot with additional people and Pokémon species was included in the Ultra version of the game. These short sequels have proven vital for gamers who want to complete Pokémon games quickly while still participating in the tale from numerous perspectives. 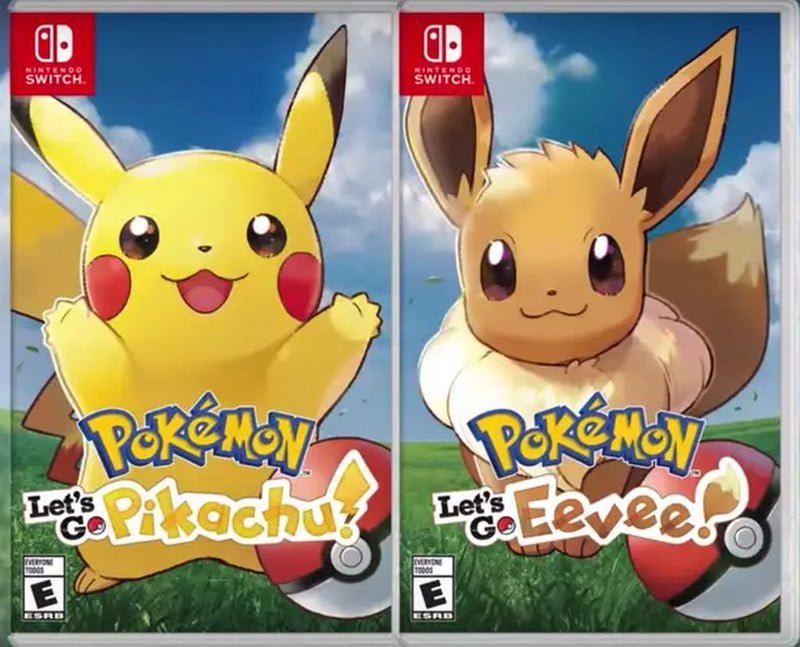 In terms of games and systems, the Nintendo Switch was a game-changer for Nintendo. The Switch immediately became one of the best-selling systems in history, ushering a new generation of players into the Nintendo ecosystem.

With so many people putting their toes into what Nintendo offers for the first time, it wouldn’t be fair to start them with Pokémon games from the seventh generation.

Let’s Go, Pikachu! and Let’s Go, Eevee! are the original Pokémon games Yellow game remakes. Despite having a similar premise, the game was heavily influenced by Pokémon Go, with the majority of the game’s main gameplay based on the popular spin-off. 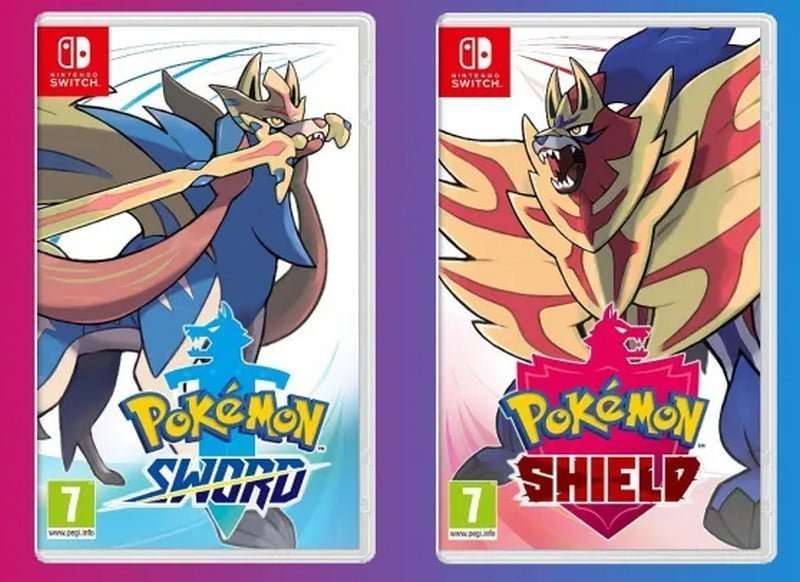 While a recreation of Pokémon games, Yellow served to bring new fans to the brand, longtime players, particularly on the Nintendo Switch, were hungry for a new adventure. Pokémon games Sword and Shield introduced the eighth generation of Pokémon to the series and outstanding 3D features.

The Dynamax evolutions provided trainers something to look for when expanding their team, while the new Max Raid Battles boosted the game’s online replayability.