Jurassic World Evolution Cheats and mods are the best tools to use for simulation games. You can use the mods and cheats to modify the games as you prefer using the given tools. Moreover, Jurassic World Evolution is a business simulation game that introduced to the world on 12 June 2018 for multiple platforms including, Microsoft Windows, Playstation 4, Xbox One etc.

What is Jurassic World Evolution?

In the game, you need to maintain the balances of requirements of the dinosaurs, employees, and visitors while checking everything runs smoothly and maintain complete security so that the dinosaurs don’t escape from the park.

In the JWE game there are 40 types of dinosaurs there generation can be change to obtain new powers and features. In the game the players like you and myself are given the project by the three division that you need to fulfill. These three division are Science, Security and Entertainment.

You need to balance lots of things in the ice lands to get the perfect rating for fulfilling the project given by the divisions. Players wish to focus on the most important things in the game to keep the balance. In this, the cheats are come in handy by keeping distracted things away or fulfilled using the cheats.

These Jurassic World Evolution Cheats given in the article may only work for the PC users who download the Cheat Happens trainer pack. So you need to download the trainer and install it on your computer to use the below given 10 ultimate cheats of JWE video game for PC.

This is a mostly used JWE cheat in the entire game player like yourself. Because this cheat allows you to balance the island ratings that help you to fulfill the needs of dinosaurs, employees, and visitors. This cheat can be handy when you’re on difficult islands like  Isla Pena. Where getting the perfect rating is like an impossible task for the gamers.

Because getting perfect ratings on the hardest to maintain Iceland is a difficult task. The perfect rating required happy and healthy dinosaurs, satisfied visitors, best safety facilities and minimum deaths. You can easily find yourself in these islands to cannot able to get the 4-star ratings to progress. In this case, you can easily use the Perfect Island Rating cheat to get yourself 5-star ratings in the game.

Money is the most important things that you need in the Jurassic World game to build the park and maintain the employee’s, conduct research, settle legal fees and much more. This is your main concern and priority when you’re playing the game.

If you wanted to keep growing your park with healthy dinosaurs and happy employees and visitors then you need to create a new stream of income and stick to your budget without spending extra money on unwanted things while the game.

If you’re running the Park then there will no issues however the Dinosaur escape and low management can reduce the health of the Dinosaur. Well, you can use the cheat called Keep Health Full to regain their health bar to full without having a hassle. This cheat can be helpful to reduce the death rate of the dinosaurs in the game.

In the JWE game you need to produced new dinosaurs in the lab and for this task you required a send out the medical team for the expedition process on the dig site for gathering the fossils of the dinosaurs of different kinds. The Fossil that your team will collect will be either sold or just a DNA samples to build a dinosaur.

Moreover, in the entire game you also visit the dig site multiple times to collect raw martials that required to build the dinosaurs to fullfill your park with all the dinosaurs and grant you the regular money source.

But, if you wanted your medical team to complete their dig site work in quicker way, in this case you can use the cheat called Finish The Dig Timer to compete the entire dig site work process quickly and bring back fossil to the lab. This is an useful cheat code to reduce the time wastage and increase the productivity in the game.

In the Jurassic World Evolution game there are three advisors with different division likely Science, Entertainment, and Security these advisors are always their for your assistance while you’re playing the game. Moreover, the each advisor will give you the mission or project that you’ve to fullfill to boost your reputation with that advisors along with obtain rewards and bonuses for completing the given contact.

But, this is an most difficult part of the game, because its way to hard to pleased all three advisors to get the reward along with bonuses. In this case, you can use the Cheat called Max Department And Mission Reputations to get the max reputations from all three advisors and get the rewards without having a hassle. This cheat helps you to focus on the important things in the game such building the park without second throughs about the missions.

After getting the DNA samples or the fossil of the Dinosaurs from your team. You need to start building the dinosaur in the lab by the Incubation method because this process take some time to complete which also depends on the dinosaur bread.

Because in the JWE game there no bio breeding mechanic and as all the dinosaur in the entire game are the female. Each dinosaur in your park has to go through the Incubation process to come to the live.

If your park is full of the dinosaurs then you need to set up multiple power stations for the security features, the power requirement will be increase with the number of the dinosaurs in the park. Because every power fence segment in the park is used to keep away dinosaurs from the visitors.

You need least two power fence segments if you’ve numerous dinosaurs in your park and this can take lots of fencing. This simple means you need to build multiple power station to fill up the power demand and avoid the power outages.

For this you can use the cheat called Unlimited Power in the JWE game, basically the cheat grant your park with infinite power supply without having a power stations. With the help of this cheat you never need to think twice about the power supplies and outages.

8. No Hunger or Thirst Ever

In the Jurassic World Evolution game, both the visitors and dinosaurs will require to fed properly along with access to the water. Otherwise, your visitors will leave the park or the dinosaurs will attack the visitors. Moreover, every dinosaur in your park has its own demands which can only be filled with micromanagement and money. The same goes for the visitors who need food and drinks while walking throughout the park to keep them satisfied.

However, keeping both dinosaurs and visitors satisficed with food and water is an struggle task and to avoid this you can use the cheat called No Hunger or Thirst Ever. This Jurassic World Evolution cheats will remove the need of eat and drink for the both and make your job lot easier.

So, if you want everything to be competed along with access all the dinosaurs in the JWE game then you can easily perform this using this JWE Cheat code Complete Research Tree and all the research will be competed instantly. Basically, this cheat helps you to completes out the research and unlock all the items, park, features and dinosaur without evening spending the money.

In order to create different types of dinosaur in the JWE game you need to send out the medical team for collecting the fossil or the DNA samples. Once your team has returned with the fossil the player has to extract the DNA samples from the fossil after with the help of the DNA the creation process will be begin.

However, the DNA also sell for the cash which often to happen and helps to keep the park solvent and more likely you need numerus fossil and extractions to obtain the 50 percent of the DNA to start the Incubation process for creating the dinosaur.

In case if you wanted to avoid all the extraction part in the game then you can easily use the cheat called  Finish Fossil Genome Extraction that can instantly avoid the entire mechanic by granting you the 50 percent of the DNA required for all dinosaurs.

These are some of the Jurassic World Evolution PlayStation 4 cheats that you can use to enable extra features in the game to reduce the extra hassle. Unlike the PC version where you can easily enter the cheat code to enable. In PS4 you need to play the game to unlock skins, get cash and much more.

You can easily make some extra money in Jurassic World Evolution on PS4 version by following this method. When you starting a new island (you must have 1 or 2 islands already). Now go back to the developed island and send your team for expeditions of fossil. After this when you’re team return with the fossils. Switch back to the new island and sell the fossil. By doing this you can easily able to make some extra money.

You can easily unlock some of the jeep skins in the Jurassic World Evolution by performing some vehicle stunts while driving the jeep in the game. These are the skins that you can unlock – 1993 Classic JP Jeep, Blue Jeep and Red Jeep

You can easily unlock multiple trophies in the JWE by complete the requirements to unlock each tropic. These are the trophies with explanation to unlock them.

Here we have mentioned the most popular trophies that every player wanted to unlock in the game. However, you can also unlock more trophies by following these PS4 cheats for JWE.

Same as the PlayStation 4 the Xbox One game console has the same cheats. Such as Extra Money, Achievements, DLC Title Update.

This cheat is the same as the Playstation 4 game console, here also when you’re creating a new island. Then to make extra cash send out the team for the expeditions from your developed island for the fossil search. Once your team returns with the fossil and DNA samples. Then switch back to the new island and sell the fossil easy as that.

These are the some of the commonly asked questions regarding the Jurassic World Evolution video game with complete explanation.

Are there any cheats for Jurassic World evolution?

How do you get unlimited money on Jurassic World evolution?

To play the Jurassic World Evolution game in the sandbox mode with unlimited money. You require to unlock a new location called Isla Nublar map. After unlocking you will get unlimited funds in the JWE.

How do you get a 5 star island rating in Jurassic World evolution?

There are two ways to get a 5-star island rating in the Jurassic World Evolution game. First is you can enable a cheat called “Perfect Island Rating” on PC via Cheat Happens trainer pack. Secondly, you can modify your islands, dinosaurs, visitors to increase the rating of the island its also work on the PS4 and Xbox One.

How do you get more power in Jurassic World evolution?

In the PC version of the Jurassic World Evolution game, you can easily use the cheat happens trainer pack and enable the cheat called Unlimited Power. This cheat provides an unlimited power supply to your islands without power stations.

How do you get 5 stars on Isla Pena? 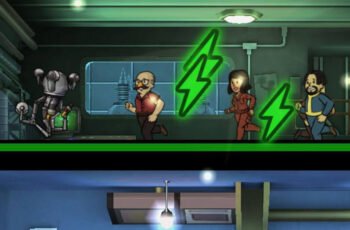 Fallout Shelter is a hollow success. It is safe to …

If you’re looking for the latest promo codes for the …