Tomb Raider is a popular video game series that has also spawned comic books and films. The action-adventure films will also be available as an anime series on Netflix.

Lara Croft is a fictional English archaeologist who travels the globe exploring ancient tombs, treacherous ruins, and dangerous islands. Finding mysteries and riches is her objective, as well as the player.

The Order of the Tomb Raider Games

Here we are going to share some all the Tomb Raider games in order to avoid the hassle or check each game one by one. Well, there have been 12 Tomb Raider games released so far, as well as two RPG spin-offs. The series has sold over 82 million copies since its inception.

Between 1996 and 1999, Core Design designed the first trilogy. Crystal Dynamics relaunched the franchise in 2006 after a second, less successful trilogy.

Square Enix took over as the series’ new publisher in 2013. In 2013, the series was restarted for the second time. The “Survivor Timeline” is made up of the last three games. These achieved the most significant sales figures in the franchise’s history.

So far, this is the order of the Tomb Raider games:

There are also spin-offs for other consoles, such as the Game Boy and mobile platforms, in addition to the core game. However, we’re ignoring these titles.

The Original Trilogy Was Released in 1996

Lara Croft first appeared in Tomb Raider in 1996. Jacqueline Natfla, a businesswoman, recruited her to locate the Scion of Atlantis relic.

The formula for the series was established in the first game, and it hasn’t altered much since then.

Its essential components combine to create a third-person action-adventure game centered on exploring ruins and tombs. To go further in your adventures, you’ll need to solve puzzles as well as combat animals, raiders, and other foes.

The gameplay then creates stages with various places, complicated chambers, and challenging riddles. To date, solving puzzles has been an essential aspect of the Tomb Raider single-player experience.

More crucially, Lara Croft carries two traditional handguns on her back, each with unlimited ammunition. Her primary weapons are these. However, she can also fight in melee.

Tomb Raider II: Dagger of Xian was Released in 1997 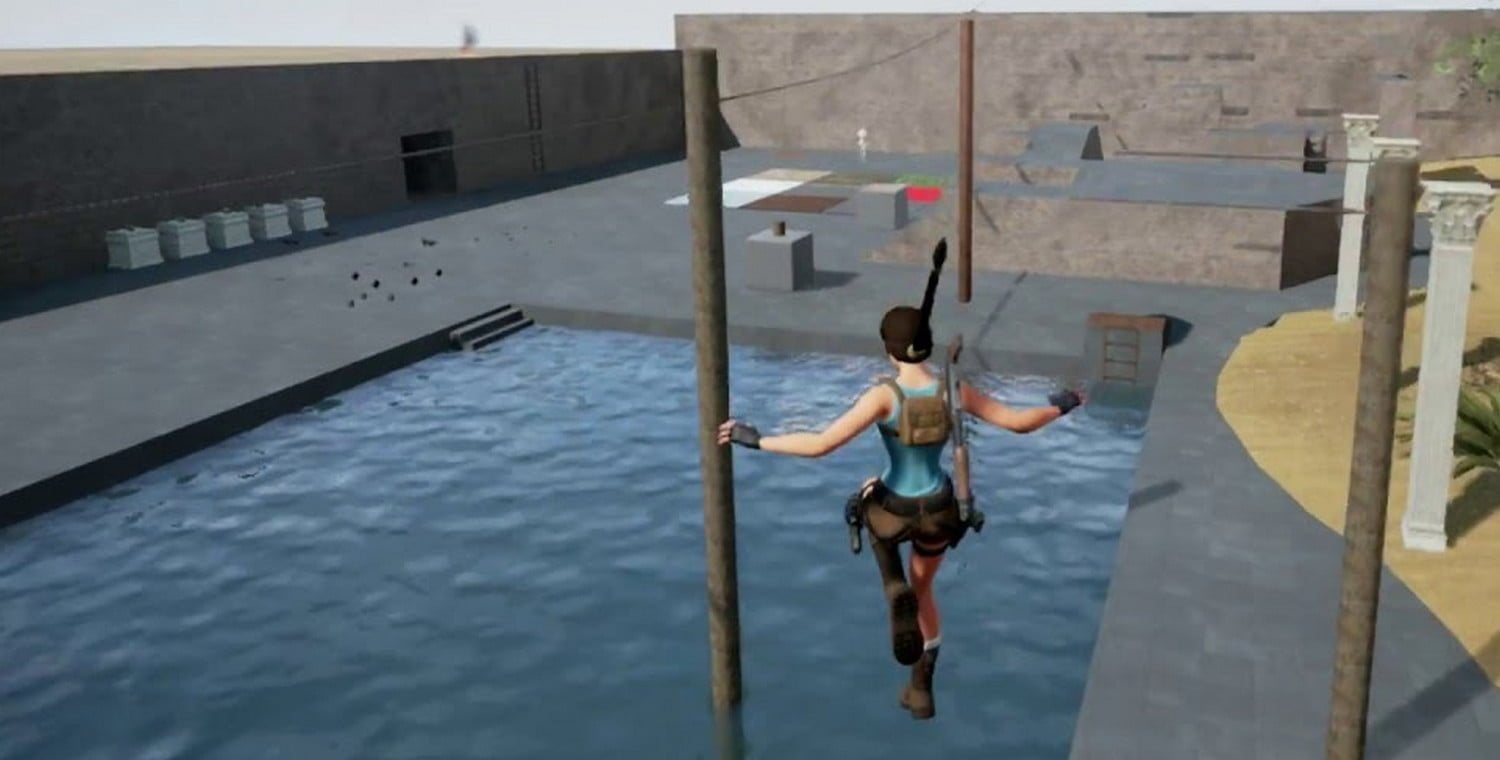 In 1997, the Tomb Raider series’ second iteration was released for PC and PlayStation. The Sega Saturn version was never released. Later versions for macOS and iOS were released instead.

The game sold over 8 million copies and became one of the best-selling games of all time.

The story is set on the Great Wall of China, where Lara must locate the Xian Dagger. Because the dagger belonged to the first Chinese emperor, it was precious.

It’s the same game as previously, except for a new tale and new places. Lara can jump, climb, push, pull, use ranged weapons, and fight with her fists. In comparison to the previous game, climbing was a new experience.

There are also new weapons available for Lara Croft to wield. Simultaneously, the game places a greater focus on warfare.

Tomb Raider II: The Golden Mask is a Sequel to Tomb Raider 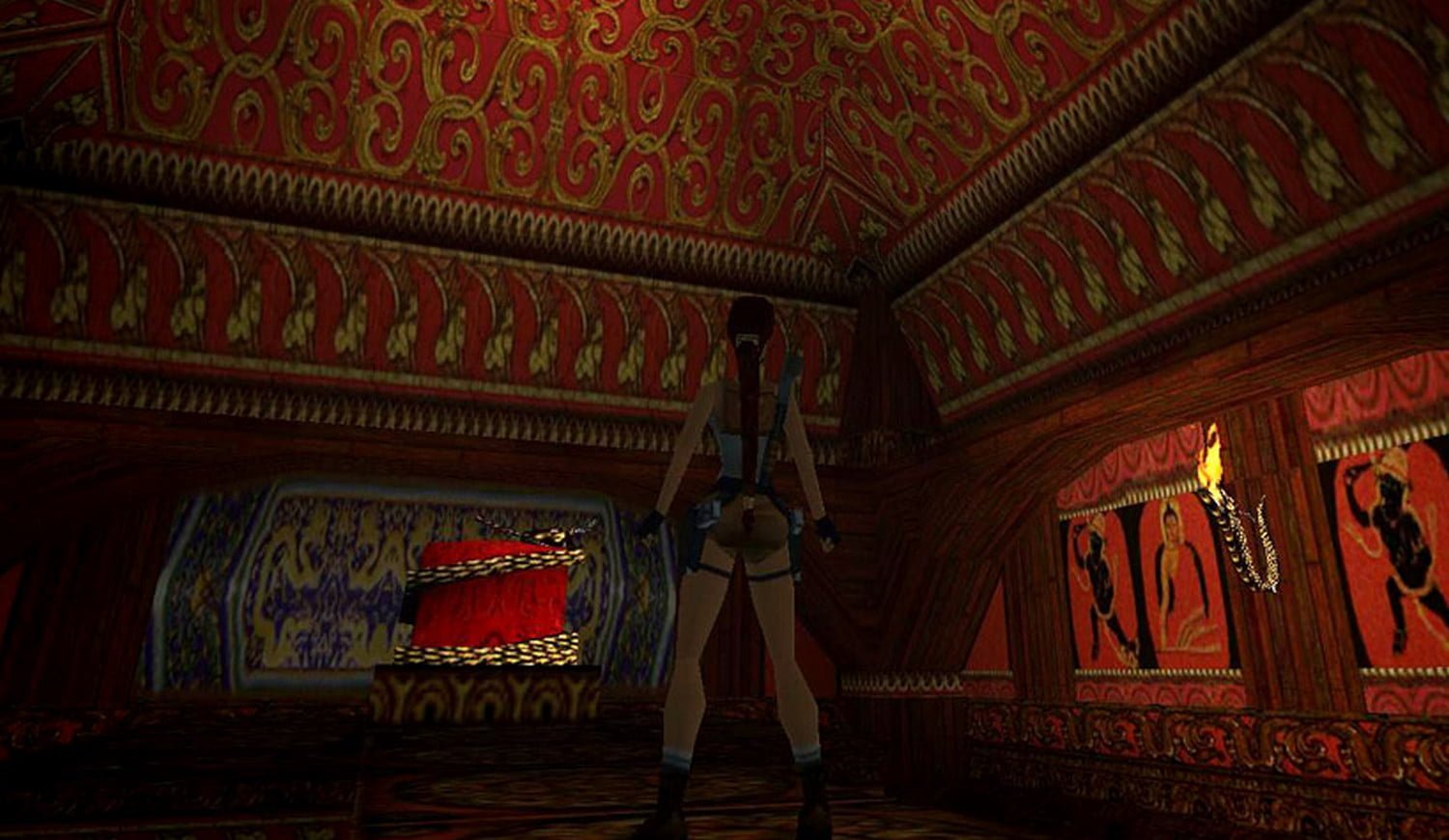 The Golden Mask is an expansion for Tomb Raider II. It has a new objective on each of the four levels.

The expansion provides a bizarre narrative that expands the Tomb Raider world. She encounters dinosaurs and enormous creatures while searching for the Golden Mask. 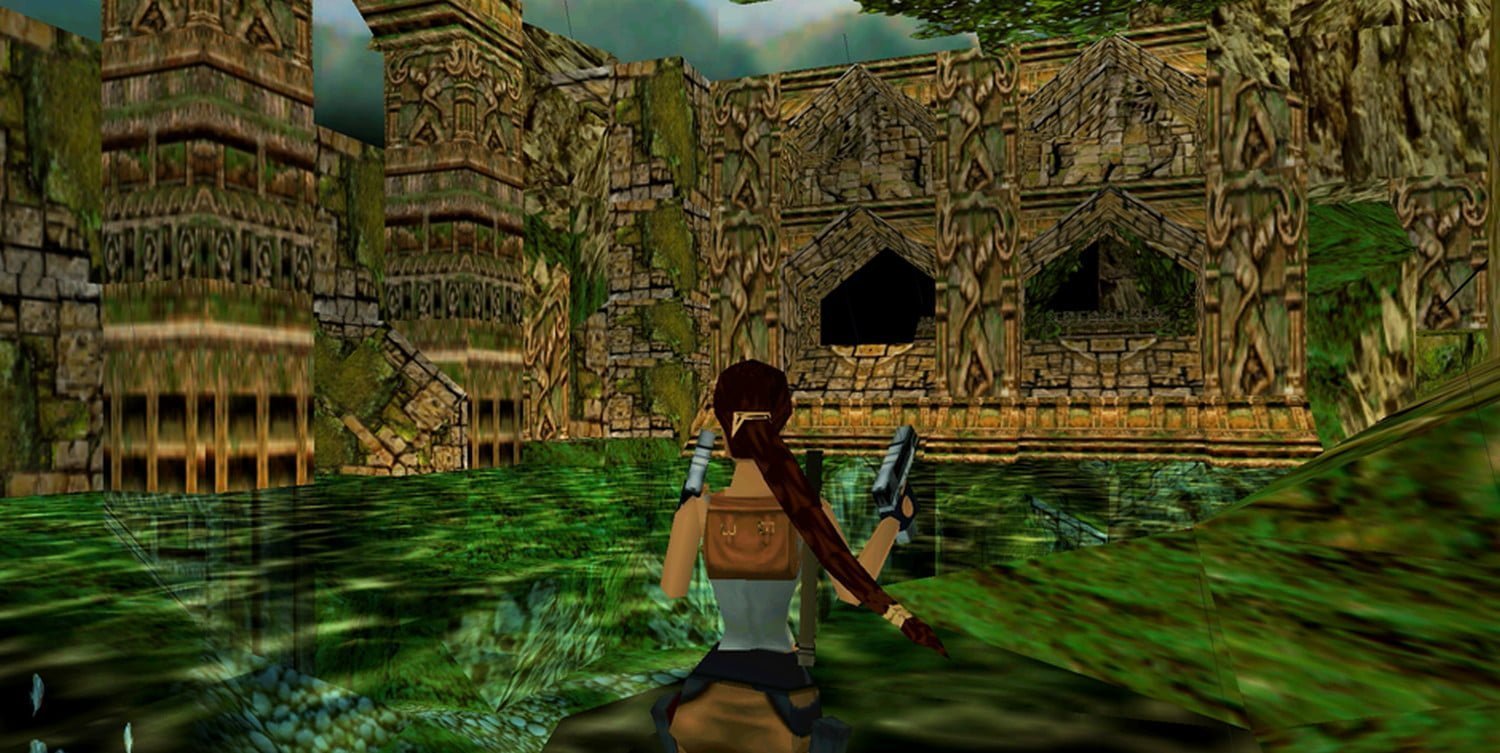 In 1998, Lara Croft: The Adventures of Lara Croft continued the series. It was released on PlayStation and Windows at the same time. A year later, a port was released for macOS.

Lara Croft is sent on a journey to locate four meteorite fragments in the third installment. These may be found in many places of the globe.

Even though the gameplay is quite similar to Tomb Raider II, it has several changes. The game also had a new visual engine, which increased efficiency, aesthetics, and speed.

Developers were also able to design more intricate levels and riddles because of the engine. That is why, in comparison to the previous two games, Tomb Raider III places a greater focus on mysteries.

Tomb Raider: The Last Revelation was Released in 1999

More magical aspects have been added to the new plot. The purpose of Lara Croft is to imprison the Egyptian deity Set.

The gameplay of Revelation is identical to that of earlier games, but the opponent’s AI and visuals have been improved. Aside from that, the game isn’t innovative.

Lara Croft is said to have died after the game.

The Tomb Raider Chronicles was Released in 2000

Chronicles were released for PlayStation, Windows, and Dreamcast in 2000.

It is based on the narrative of The Last Revelation. Friends gather at the Croft Mansion to pay their respects to Lara Croft and discuss her early exploits. As a result, the game unfolds via a sequence of flashbacks.

Players must go through many stages, solve riddles, and battle adversaries. Lara Croft may now move invisibly and strike adversaries while in stealth.

Nonetheless, the game’s conclusion hints that Lara may still be alive under the rubble of the Great Pyramid.

Both The Last Revelation and Chronicles are continued in this story. Lara Croft arrives in Paris sometime after her presumed death. Wener Von Croy, her tutor, gives her a new mission: to uncover the Obscura Paintings. An unknown assailant assassinates Von Croy before the treasure quest starts.

Lara Croft is suspected of being the killer, according to authorities. As a result, the game shifts to Lara attempting to defend her innocence. She must also locate the Obscura Paintings to attain her objectives.

The performance and aesthetic improvements were evident because this is the first Tomb Raider game on PlayStation 2. Furthermore, the creators included a stealth mechanism that was inspired by the Metal Gear series. It was a key mechanic since Lara Croft had to hide from police officials.

Tomb Raider: Legend was Released in 2006 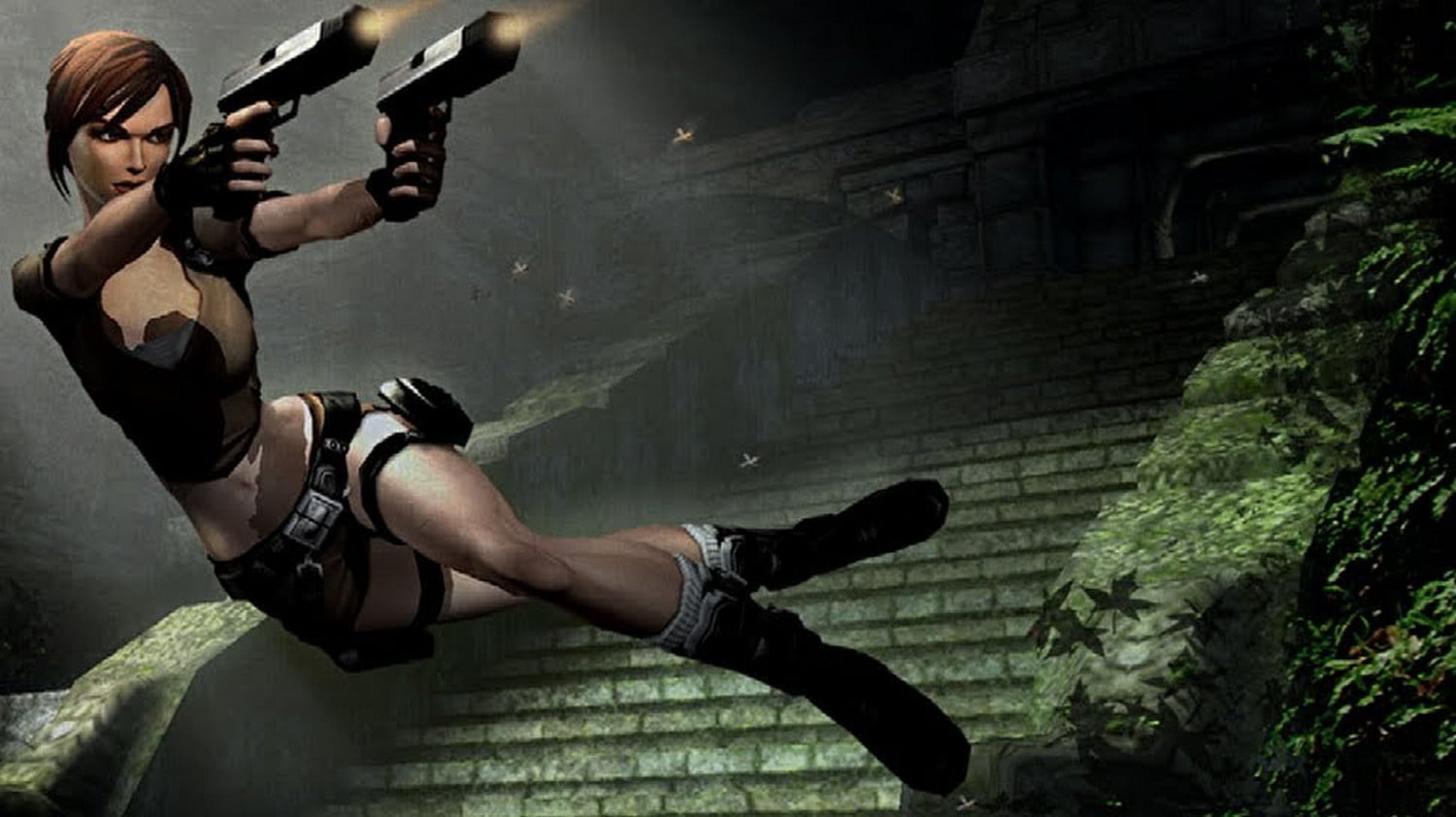 The game was developed by Crystal Dynamics, who opted to revive Tomb Raider. As a result, the game included a brand-new Lara Croft origin tale.

The new story follows Lara Croft as she travels the globe in pursuit of the Excalibur sword. Lara must combat adversaries, solve riddles, and navigate dangerous surroundings throughout the game’s linear stages.

It’s the game that brought the series back to life. 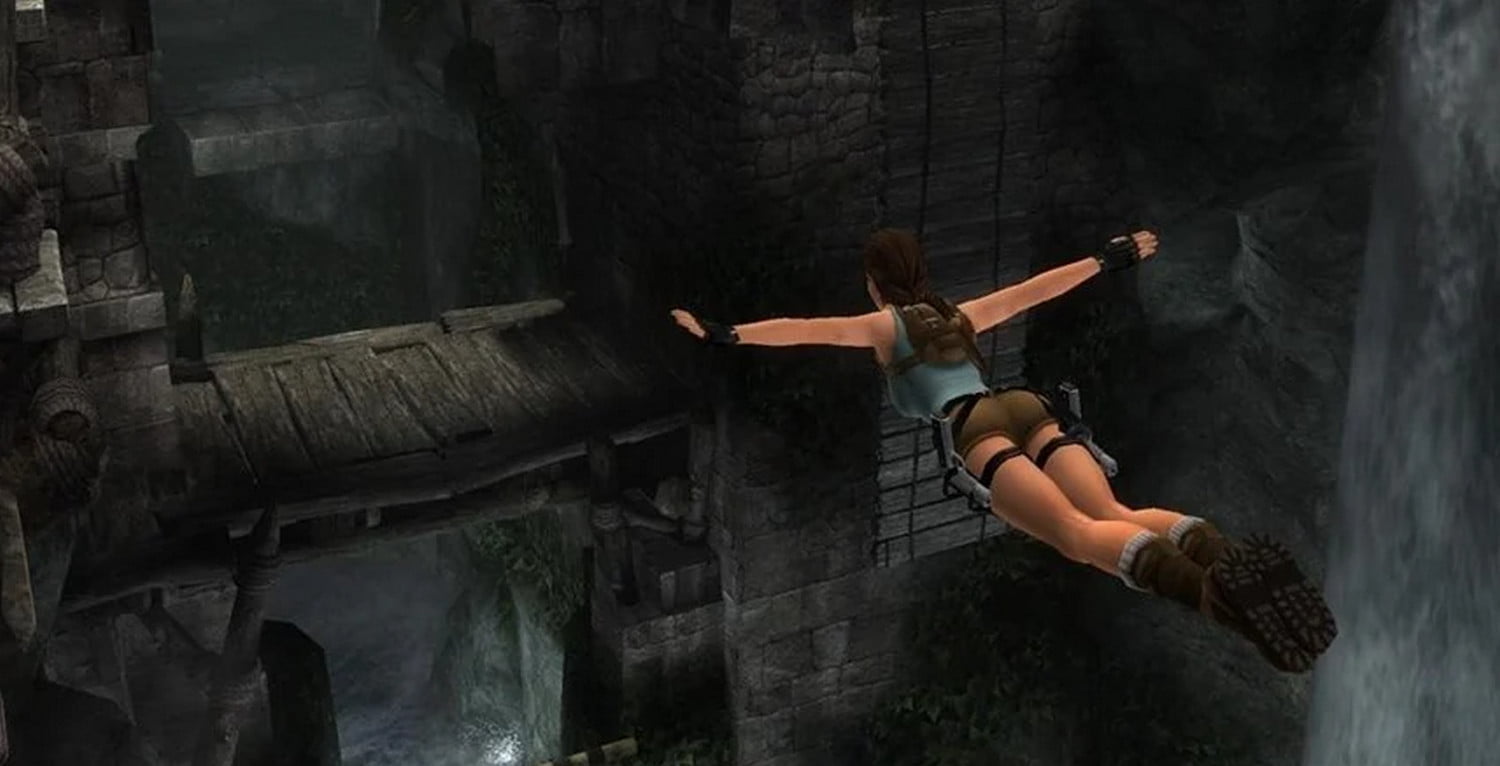 This game is a recreation of the original 1996 Tomb Raider game, which marks the tenth anniversary of Lara Croft.

It resurrects Croft’s original plot with the technology of the period. The narrative revolves around locating the Scion artifact, as you may recall.

Toby Gard, the creator of Lara Croft, returned to extend the game’s plot. Gard redesigned Lara, collaborated on the script, and oversaw the characters, movement, and cinematics. Although there are some modifications, the levels and plot are similar.

The song was then redone with an orchestra by original composer Troels Brun Folmann.

The puzzles, for example, were redesigned to complement the graphics engine by the development team. The levels also have branching pathways, making the Anniversary edition less linear than previous games.

Aside from that, the remake included enhanced overall performance and playability and better gameplay, and acrobatic mobility.

Tomb Raider: Underworld was Released in 2009 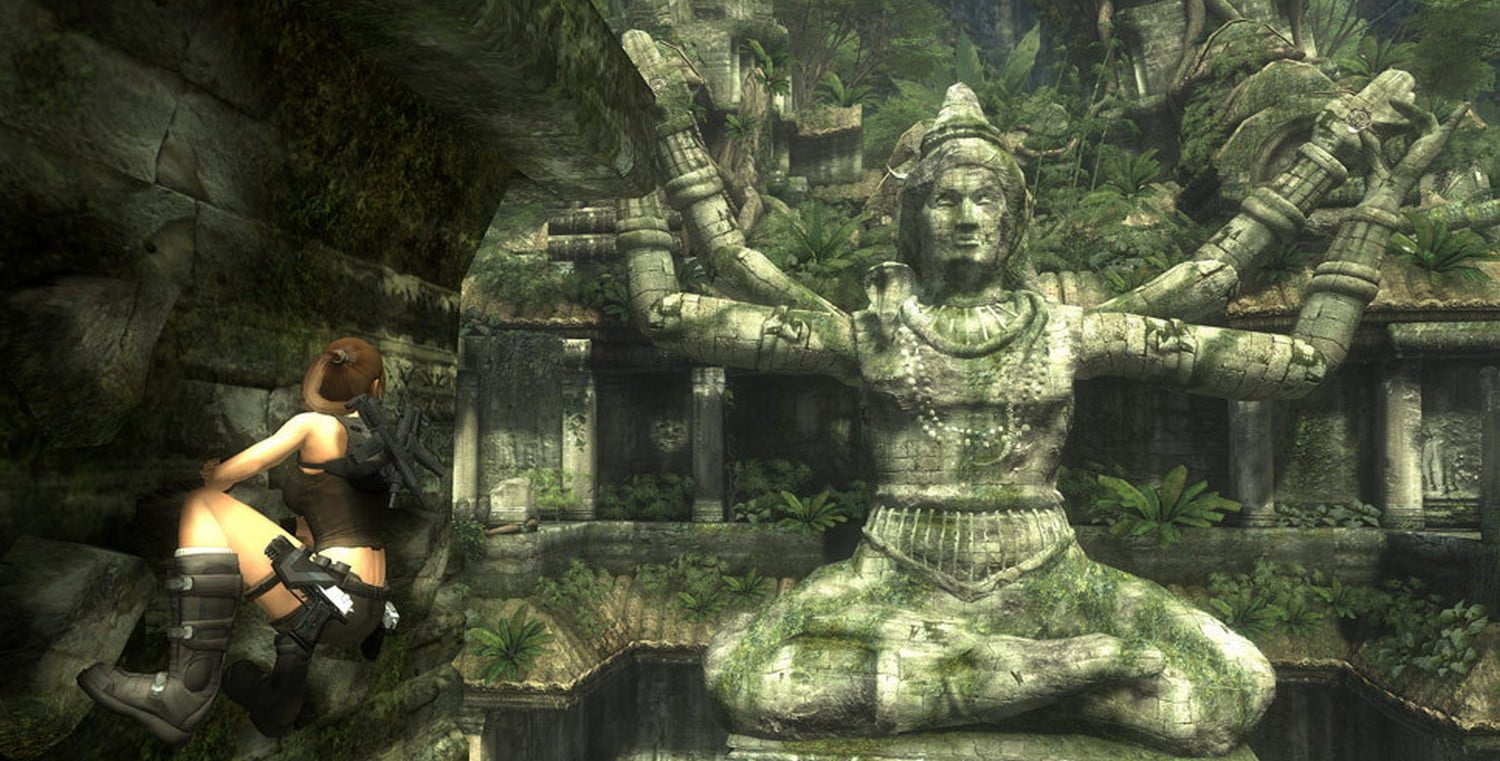 The Legend storyline’s third installment is titled Underworld. It was released in 2008 for the PlayStation 3, Xbox 360, Nintendo Wii, Nintendo DS, and Microsoft Windows.

New gameplay components have been added to the game. Overall, the game’s gunplay, inventory management, map, and mobility have all been enhanced. The creators also created a multi-purpose grappling hook.

A hint system that aids players through puzzles and platforming parts was also included. In addition, Lara Croft now can kick and grapple-pull adversaries.

Lara Croft investigates a family mystery in this game. 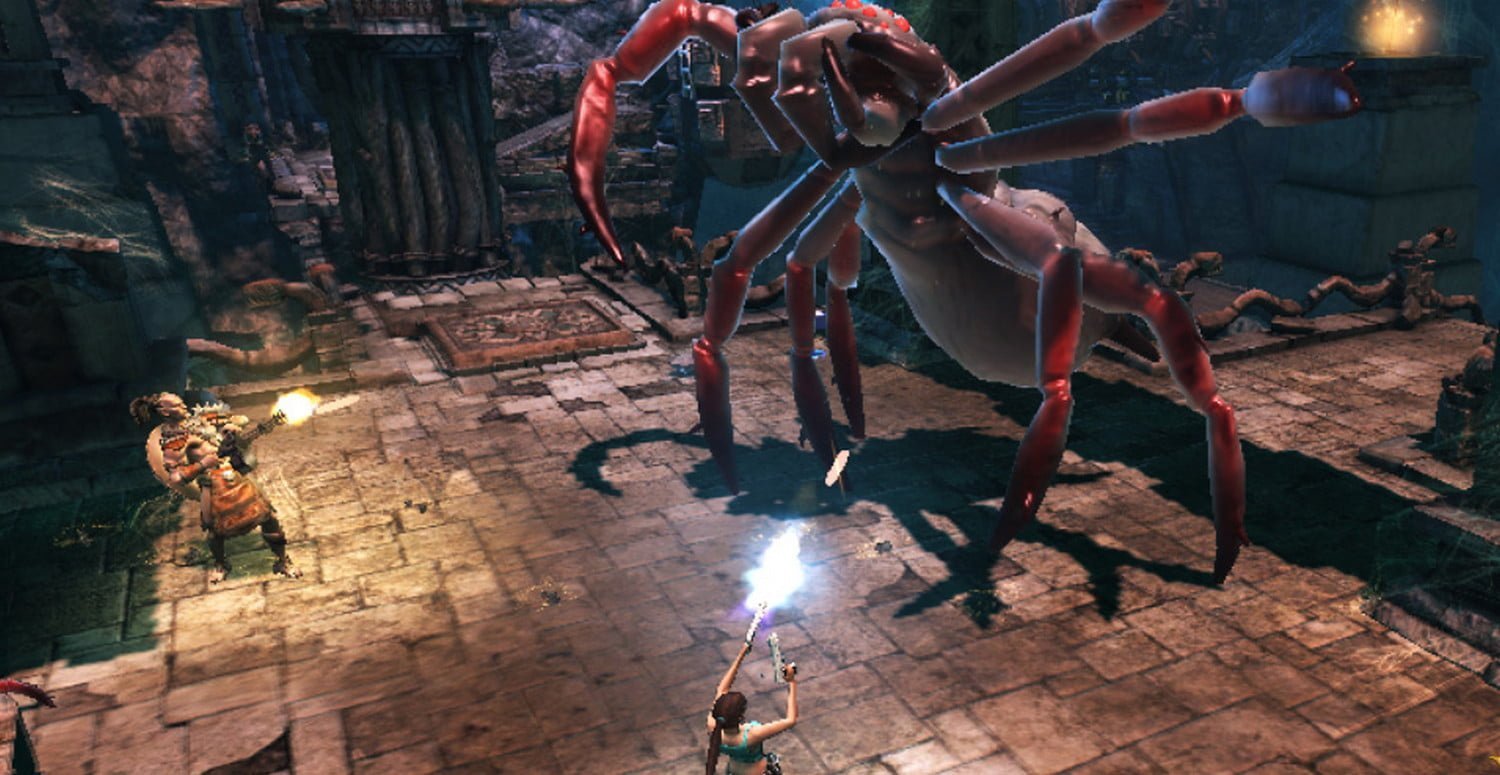 A spin-off is Lara Croft and the Guardian of Light. It doesn’t follow the main series tale and has a unique gameplay style.

An isometric A-RPG combines character advancement with platforming, puzzles, and exploration in an isometric setting.

The story is set in Central America. Lara Croft and her companions must confront Xolotl, an evil ghost capable of reviving the dead.

Finally, the game supports both local and online cooperative play.

Overall, this is a fantastic role-playing game that is underappreciated. As the first game under the Square Enix banner, I assume the RPG gurus attempted to steer the series in a different direction.

Trilogy of The Survivor Timeline 2013

Crystal Dynamics and Square Enix returned with a new relaunch after a four-year sabbatical. The game was released in 2013 for the PlayStation 3, Xbox 360, and Windows. In 2014, the game was also released for macOS X and Linux. There are no PlayStation 5 and Xbox Series versions available.

Lara Croft’s origin tale is retold in Tomb Raider 2013. Yamatai, a mythical lost island of the former Japanese kingdom, is the setting for the story. Lara Croft and her squad are seeking the island.

Rise of the Tomb Raider continues the reboot and keeps similar gameplay and design.

The plot happens in Siberia, where Lara Croft searches for Kitezh, a legendary city. Kitzeh holds the secret of immortality, but another paramilitary group is searching for its power as well.

As before, you travel environments, combat enemies, and solve puzzles. Stealth and survival elements are prevalent. However, the game delivers semi-open pocket worlds instead of linear level design.

On each of these hubs, Lara can raid tombs to unlock rewards. Additionally, she can complete side missions and scavenge resources to craft materials.

Eidos Montreal and Nixxes Software created a new game engine for the game. It improved the overall performance and graphics of the title.

Much like its predecessor, Rise of the Tomb Raider was a successful game. By 2017, the game had sold over 7 million copies. It didn’t beat Tomb Raider 2013, but it kept a high mark either way.

If you search the game on Steam or other platforms, you see various DLCs, packs, and add-ons.

The newest installment of the Tomb Raider series was released in 2018 for Windows, PlayStation 4, and Xbox One. The game is now available for PlayStation 5, Xbox One, Mac OS X, Linux, and Google Stadia.

The reboot trilogy concludes with Shadow of the Tomb Raider. It was released on Windows, PlayStation 4, and Xbox One. Versions for macOS, Linux, and Google Stadia are now available.

Lara Croft is now in the Americas, on the hunt for the mythical city Paititi. Lara’s mission is to avert the impending Mayan catastrophe.

In each small semi-open world, you may raid tombs, gather materials, and accomplish side tasks like previously. Aside from that, swimming, a grappling hook, and increased difficulty have all been added to the game.

Finally, Shadow of the Tomb Raider increased the RPG’s complexity. There are additional talents and growth paths available. There’s also a talent that three players may earn using the New Game+ feature.