Minecraft Screenshots – Building an empire cannot be admired by your friends if you cannot show them how far you have come or how exciting your adventures are. What is the most frequently requested method of taking screenshots when playing Minecraft? Despite knowing how to take a screenshot, you may still wonder where the screenshots are stored in Minecraft. Taking a screenshot of Minecraft and finding its location is explained here.

How does Minecraft work?

A revolution has taken place in the world of multiplayer games thanks to Minecraft. In this day of bloodshed and violence, who would have thought a game about building blocks and venturing on voyages could be so appealing? A simple concept has evolved into a timeless classic due to its integration of so many factors.

Create anything you like with unlimited resources in Creative mode. You travel across worlds in Survival mode, which takes you to unknown lands. You can either build your own house to hide from monsters, or you can craft your weapons to combat them.

Fortunately, your journey does not need to be an arduous one all by yourself. The game can be played on a single server or in your realm with numerous friends. Is there any better way to spend your time? It’s only natural for you to want to share your empire with your closest friends. The screenshot comes in handy for that.

How to view Minecraft screenshots

Press both the “Power” button and the “lower volume” button simultaneously to take a screenshot in Minecraft using an Android phone or tablet. The picture is then saved in the “Photo Gallery” section in the “Photos” section of the phone.

On the iPhone, you can play some Minecraft versions. Take a typical screenshot to take a screenshot of the world. You will easily access the photo from the “Photo Gallery” on the phone by doing this.

Taking a screenshot on Macs is as simple as pressing “shift,” “cmd,” and “3” simultaneously.

To activate the camera, press the button on the left joy-con. It will appear in the “Album” section of the Home menu, which players can access from there.

In the PC/Java gaming system, screenshots are taken by pressing the “F2” key or pressing “Fn” and “F2” simultaneously while in the game. The keys can be changed at any time by accessing the “Options” menu, clicking “Controls,” then selecting “Miscellaneous.”

A screenshot is automatically saved in the screenshots directory within the .minecraft directory. The images are saved as .png files with the date and time of their creation as the name. YYYY-MM-DD_HH.MM.SS.png will be the format used.

There will be timestamps added to the end of the file name if multiple screenshots are saved in a short period.

You can access the “Photo Gallery” from the Home menu, which stores photos and videos.

The screenshots can be taken in one of two ways in Windows 10. Using the game bar of Windows is the first method. By holding down the “Windows” button and “G,” a screenshot can be taken by selecting the “Camera” icon in the game bar.

To take an automatic screenshot, press the Windows key, the Alt key, and the Print Screen key simultaneously. It saves the screenshot to the desktop.

The Xbox One allows you to take screenshots or record videos by pressing the Y button on the controller. Visiting Xbox.com and logging into the Live Account will enable you to see screenshots. Profile page screenshots can be viewed in the “Captures” section.

Even though Minecraft can be played on Xbox 360 and PS3, they do not offer a built-in screen capture feature. However, allowing for video capture makes it possible. The program still works even though it is a third-party source.

The Xbox 360 or PS3 can be connected to a USB port camera, which can then be used to take screenshots following the instructions given with the camera. Photo albums are usually stored on the device’s home page or the device’s camera.

Players can use screenshots to show off their worlds created in Minecraft. In addition, they offer forums and boards for players to connect.

How Do I Get My Minecraft Screenshots?

You can find your Minecraft screenshots on both Mac and Windows, but it can be a bit tricky. Here’s how to do it.

Windows users store screenshots in AppData/Roaming under the .minecraft//screenshots folder. To search for %appdata%, open the Start menu and type %appdata%. The folder will appear once you click on it. There is another folder titled .minecraft inside the .minecraft folder. In the same folder, you’ll find all the screenshots you’ve taken. Then you’re ready to go!

The Minecraft settings overlay is opened by pressing Win + G on Windows 10’s Bedrock Edition. You can take a screenshot by clicking on the camera icon in Game Capturing. The location of the screenshot is then displayed in a notification. C://Users/*username>//Videos//Captures is the default folder to save screenshots to.

Apple stores screenshots in ~/Library/Application Support/Minecraft/screenshots. Finder > Click “Go” from the Menu Bar > Click “Go to Folder” to find it. Please enter the location above by copying and pasting it.

Markup Hero – Taking screenshots of Minecraft is a better alternative

The following is a better solution.

Therefore, pinpoint stuff in your screenshot. You can mark places. As a bonus, you can organize all of your Minecraft screenshots into different folders. Not only that but there’s more. Uploading the screenshots and sharing them with your friends is easy.

You can take a screenshot in Minecraft and annotate it with Markup Hero by following these steps:

First, download the Markup Hero Desktop App for Windows, Mac, and Linux. It is free and requires no account to use.

After downloading the application, go to your Local Disk (C:), then to Users > *username*, then to Downloads on Windows or Downloads on Mac (or wherever your default download folder is, and double-click the installer.

Also, you can upload a part of the entire image captured by Markup Hero when you annotate and organize your screenshots. Additionally, the application offers a variety of tools to work with to edit your pictures.

Windows and Mac devices may provide you with limited features for capturing screenshots in Minecraft. Markup Hero offers rich features that will make using the application fun and more manageable. Not only can you take screenshots, but you can also edit and share them easily. Also, whatever method you choose, be sure you’re capturing the right moments and sharing images of your vast empire!

It is easy to use Android phones with 4.0 and above. Go to the Albums section in the Photos App and then click Camera Roll to find your screenshots. By pressing the Power Button and Volume Down at the same time, you will bypass the menu.

2. When I use Windows 10, where can I find my screenshots?

Click the Print Screen button on your keyboard. Navigate to the Pictures folder on your computer by launching Explorer (Windows key + e) and selecting Pictures from the left pane. Screenshot (NUMBER) can be found in the Screenshots folder.

3. What is the location of the F12 screenshots? 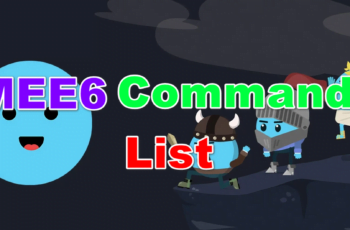 Discord is a free chat service for gamers. It allows … 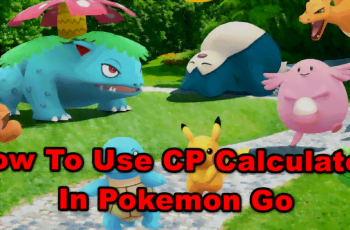 The Pokemon GO CP calculator is a must-have tool for …