Here is the list of some cross-platform games. Some of them are full cross-platform support while some have a partial crossplay. But, these all are very engaging, addictive, immersive, fun to play games which you can play with friends. The list includes both paid and free games.

Minecraft is one of the most famous cross-platform games. It comes under the category of a sandbox video game. You have to explore, mine, gather materials while also fighting mobs on it. Well its one of the best multiple player game that we can recommend you.

Because the game get lots of updates on the daily basics with new features and interface. There are multiple version of the Minecraft were available for the gamers. Such as Java Edition, Bedrock Edition, Education Edition, Pi Edition, Minecraft Earth, Minecraft Dungeons, Minecraft Launcher, Legacy Console Edition.

In this game, players have to decide whether they want to enjoy the survival mode or the creative mode. The best part of this game is the mods which makes it so much better. Minecraft is the topmost cross-platform game to play in 2021. This game can cross-play between Xbox One, Switch, PC, and Mobile.

Fortinet is a very popular game. You will find many interesting things in this game. Like, its hook players, celebrity collaborations, and interesting challenges. The graphics of this game are some of the best seen to date and the quests range from serious to downright silly.

The Battle Royale genre is at its peak right now. This game can cross-play between Xbox One, Switch, PC, PS4, and Mobile. The Fortinet is one of the best battle royal game with dynamic feature for battling along with that interface of the game is quite amazing.

Ark survival evolved is a well-known cross-platform game. You have to hunt, get shelter, harvest, craft, grow crops, and many more things in this game. You will find dinosaurs and other creatures all around you. You have to tame the dinosaurs, breed them, train, and ride them.

This game can cross-play between Xbox and PC. Its one of the best action adventure survival video game which is developed by the Studio Wildcard with other gaming developers. In terms of the platforms its supports PlayStation 4, Xbox One, Xbox Series X and Series S and much more.

In this Final Fantasy XIV, players are on the same server and massively multiplayer online role. The PC gamers can play with PlayStation players. You can play this game with your Windows, Mac PC, or PlayStation 4.

This game can cross-play between PC, PS4, PS3, OSX, and PC. The game is developed by Square Enix and it was based is an story based video game. You can get more details of FFXIV Making Gil.

Sea of Thieves can be called a Pirate Simulator because of its well-detailed world looks. This is an adventurous game that lets you live your dream as a pirate, sail the high seas, and other players’ ships. This game can cross-play between PC and Xbox One.

It is an action adventure game and its developed and published by Microsoft Studio. In the game the player needed to collaborate with other player to explore an open world using the Pirate Ship and get your into the action adventure to clear the levels in the game and move forward to the next level. The game games multiple platforms such as Microsoft Xbox One, Xbox Series X and Windows.

Among us is a very interesting game. You can change game settings to make the game easier/more challenging. Moreover, you can play it with your friends at random. This game can cross-play between Android, iOS, Xbox One, Xbox Series X/S, Microsoft Windows, Nintendo Switch, PlayStation 4, and PlayStation 5.

Well its one of the best multiplayer video game in which you needed to locate the imposter with help of the other crew members. The interface of the game is based on the spacecraft and you needed to find out who is the imposter among the crew mates. The game supports multiple platforms such as Windows, Android, iOS, PlayStation 4, Nintendo Switch and much more.

Call of duty is one of the best and well-known games which can be played cross-platform. You can set it up by logging into your Activision/Call of Duty account. When you log in, everyone can join the battleground and try the Battle Royale or Plunder modes. These are completely free games. This game can cross-play between PS4, PS5, Xbox One, Series X, and P.

Its one of the best battle royal video game in which you needed to clear the levels and take down the enemies with the help of your crew. The game feature outstanding weapons and equipment that you can use for the fighting. Such as Gun, Gernot Launcher, Sniper Gun etc.

Dead by Daylight is an asymmetrical game. In this game, there is one killer and 4 other players are Survivors. You have to try not to get caught by the killer and escape. Along with this, you have a chance to decide if you want to cooperate with others to survive or if you want to take your route to save yourself.

The best thing about this game is that every level is procedurally generated which keeps things fresh. This game can cross-play between Switch, Xbox One, PS4, and PC.

Dauntless is also a free-play action game that can be played cross-platform. In this game, you have to hunt and destroy the animals that feed on the last people. You can play this game solo or with the group of 4 or 5 peoples.
This game can cross-play between PS4, Xbox One, PlayStation, Nintendo Switch, and PC.

Rocket league is also a cross-platform game. You have to control rocket-powered cars and play soccer in this game. And players have to hit a ball into their opposing team’s goal to score points. This game can cross-play between, PS5, Xbox One, Xbox Series S/X, Nintendo Switch, and PC.

200+ Funny Among Us Names You Can Use

How To Get Best Minecraft Servers For Bedrock 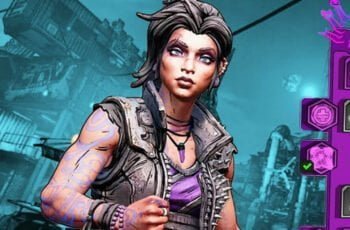 This is the best Borderlands 3 Skill Trees currently available … 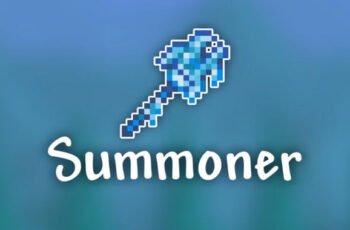 Terraria Classes: It is a good idea to pick a …