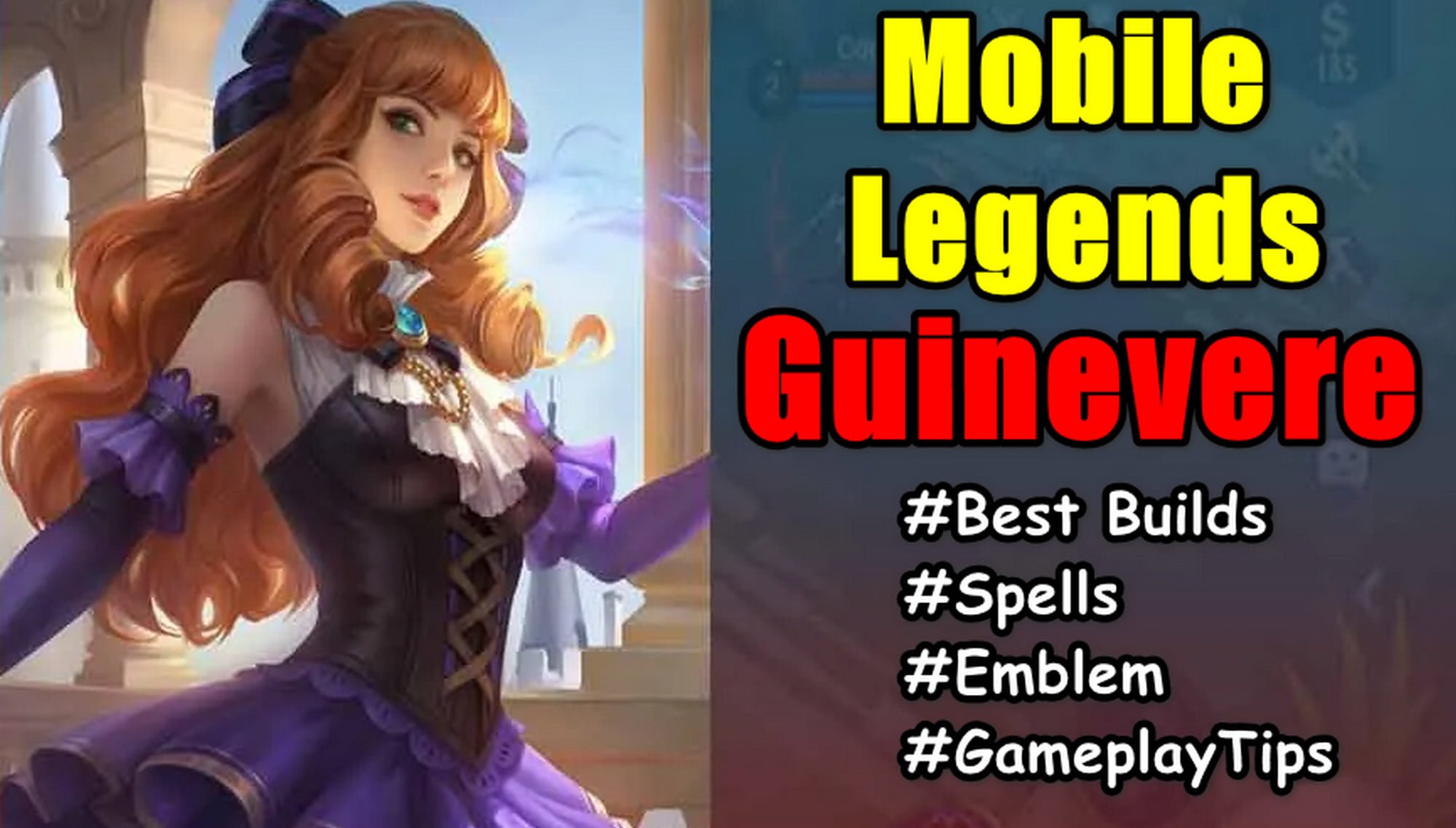 The Guinevere Best Build with additional gaming tips to boost your mechanical gaming skills and easily complete the upcoming levels in the game without having a hassle.

Guinevere is one of the best fighters of the Mobile Legends Bang Bang that rarely selected during the fights in-game. However, with proper mechanical gaming expertise, you can take her gameplay to the next level. Most of the experienced players can easily able to get the best from the Guinevere and get outstanding fight results with high-end damage on the battleground.

If you love to play Mobile Legends and want to play with Guinevere then you should better understand when and how you should play with Guinevere to get gory in the battle. In this short guide, we are presenting you some outstanding gaming tips to take your gaming to the next level along with the Guinevere fighting skills Best Build, Emblem, and Spells.

Who is Guinevere in Mobile Legends?

Guinevere is a fighter of Mobile Legends Bang Bang game, she has lots of powerful attacks and abilities such as Guinevere can denotes all energy of the enemy Hero with the most Energy and deals enormous damage to them at the cost of the same amount of Energy.

She is a member of the Baroque family in Mobile Legends, The Guinevere is a Light type of fighter, and the equipment used by her are light weapons. In terms of fighter class in Mobile Legends, she comes is a Mage class fighter. To more about her abilities, fighting moves, skills, and damages check out the below-given guide.

Most like the other heroes in the Mobile Legends, Guinevere has a set of single passive and 3 active skills. Her main skills revolve around the dealing of Magic Damage to the opponent (heroes, monsters, etc). In terms of the second skill, Guinevere has Spatial Migration that equips her with extra mobility and crowd control skills by taking down opponents airborne. In this short Guinevere best build guide let’s take a look at her skills and how you can get most of them in the Mobile Legends Bang Bang.

Guinevere releases an energy wave that deals  300/345/390/435/480/525 (+130% Total Magic Power) Magic Damage to the opponents in a single line slowing them by half percentage for at least 1.2 seconds in the battle. Moreover, their disadvantage after releasing the wave her all skills reduces for the cooldown for 1 second.

Guinevere can refresh her skill in 5 seconds afterward casting it to blink toward the target location and produce an illusion behind. If the illusion is damaged, it recovers Guinevere’s Super Magic and explodes in 1.5 seconds, causing 100 (+30% Total Magic Power) Magic Damage to adjacent opponents.

Its is an third skill of Guinevere in which she surround herself with in force field. That hits the enemy 11 times in just two seconds. The damage deal with this attack is 650/780/910 (+500% Total Magic Power) Magic Damage in total. Moreover if the opponent is airbone then it can airbone again upto 6 times. One of the Guinevere has in this skill is she is immune while activting this skill.

Some of the Skill-Up Tricks

The experts advice beinggers to unlock and activie the Skill 1 at the starting of the match before increasing up its level of Guinevere first skill the Engery Wave to the max Level 6 to boost the percentage of the dealing damage to the opponent during the match. However can updrage the second skill Spatial Migration. when its needed in the fight and same goes for the third skill Violet Requiem.

These are some of the best emblm and spell for the Guinevere during the fights mainly in 1 vs 1 fights.

Guinevere main deals the Magic Damage to the opponents. That its recommened by the experts to the players should utilize the Custom Mage Emblem by using Talent Points on the agility for add more Movement Speed (SPD) during the fight. Moreover, you can also added Observation for Magical Penetration (PEN) along with Mystery Shop to obtain the weapons at the lower cost within the game.

Aegis – According to the experts Aegis is considered to the best spell for Guinevere furing the close combats. The Aegis spell can be very useful in 1 vs 1 fight along with enemy heroes that this may also increase the chances of the survial in the battle for the longer time for Guinevere.

Purify – The Purify is also another option that you can choose. If you’re battling against the team of enimies with High CC (Crowd Control) skills. In this case youcan utilise Purify in conjunction with Spatial Migration (Skill 2) to avoid ambushes or to prevent the cancellation of her talents.

The Arcane Boots will help you to boost the Guinevere movement speed and magic penetation (PEN). Along with Concentrated Energy, Calamity Reaper, Fleeting Time, and Holy Crystal builds are considered for to boost the Guinevere Mana, Magic Power, Mana Regin and the CoolDown Reducation for her fighting skills. At the last, the Immortality will improved the durability along with the chances of survial in the team matchs with massive boost in the Hit Points and Pysical Defences during the battle.

Well Guinevere is an one ofthe best fighter in the current meta but player needed to know how to get much from it during the battlefield. According to the experts, the Gunieverse is an strongest hero in all three segements. In Mobile Legends the guide of Guinevere includes how to deal more damage from Guinevere in the begining, mid and the end of the match. The player must have a better knowleage of the map to bring out more from the Guinevere in the battle.

In the beignning of the fight once you’ve reached to the lane of your choice you must consider using the Engergy Wave whiich is an first skill of the Guinevere. To know if the opponents also reached to the lane and are hiding in the brushes. Because they may be organising an ambush against you and/or your allies Energy Wave (Skill 1) can also be used to poke adversaries in order to establish important lane control.

Middle of the Fight

If you’re HP is low in the middle of the fight then first phase of Spatial Migration to first stun opponent before performing the second part of the same talent to flee the area and reach safety, where you can either heal your HP or recall to base.

End of the Fight

If you’re at the end of the fight then try to use the initial phase of second skill known as the Spatial Migration to knock foes up into the air, then use Violet Requiem (Skill 3) to hurl them up again, up to 6 times.

What is the best battle spell for Guinevere?

The Excute is one of the best option for spell for Guinevere. Because this spell will help her to execute the enemy without having a hassle. If in the mid of battle, there is an dying enemy that Guinevere doesn’t get to chase down for the finishing blow. She can easily use the Excute to kill that particular opponent.

What is Guinevere first skill?

Is Guinevere a mage or fighter?

She is a fighter mage that specialises in charge and burst abilities.

Hopefully you find this short guide helpful to know more about the Guinevere best builds to improve your gameplay in the Mobile Legends. In case if you’ve any question related to the video games then feel free to ask us with the comment box we try our best to resolve your qurie as soon as possible.

How To Get Free Diamonds on Mobile Legends Bang Bang

What is the No.1 Noob Game in the World